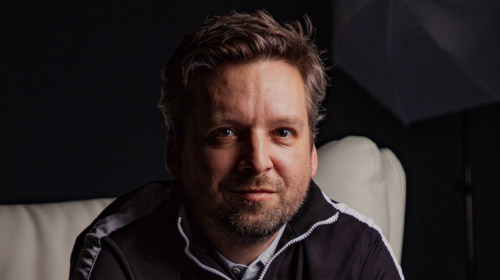 Filip Záruba is one of the pioneers of 3D animation in the Czech Republic. He began experimenting with it in 1993 and at the age of 18, he created his first 3D TV jingles for the Czech Television. After studies at the Film School in Zlín, he decided to focus on his field professionally – as a cinematographer, editor, animator and creator of visual film effects, he worked on a number of commercials, films, series and music videos. He also taught 3D graphics and animation at the Department of Multimedia in Zlín, part of the Brno University of Technology. He directed the BUFO ALVARIUS – THE UNDERGROUND SECRET and BUFO ALVARIUS RELOADED documentaries that count among the many projects of the Asaya association to which Filip and his friends are devoted and under whose name lectures, conferences and workshops on transpersonal psychology, shamanism, yoga and mysticism are held. Together with Lumír Kraina, they published Czech version of The Toad and the Jaguar book by Ralph Metzner. Music is another of Filip’s great loves – as Sub.d.visionz, he was the mastermind behind the legendary Dvoika.troika crew of Ostrava and produced scores of electronic tracks. Currently, he also creates images and 3D animations in the genre of visionary art and is one of the first Czech artists to sell his works as the NFT cryptoart. More here: www.filipzaruba.com