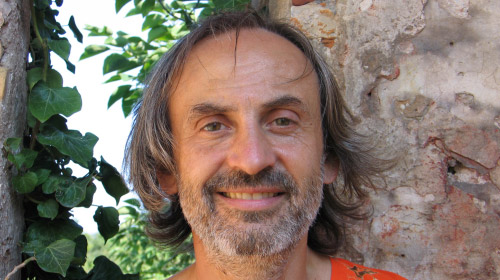 Viliam Poltikovič works as a director, cameraman, photographer, he writes books and travels around the world. His interest in and experience of transcendence has been with him since his childhood. During his adolescence, he developed an interest in scientific knowledge which led to his studies at the Faculty of Nuclear and Physical Engineering at the Czech Technical University in Prague. However, he quickly became aware of the limitations of current scientific approach and after a year of study, he left for an internship at the Czechoslovak Television Prague and then to study at the Film and TV School of the Academy of Performing Arts in Prague (FAMU) – Department of Documentary Film. After his studies, he made films on psychological and sociological issues. He focused on documentaries with spiritual themes after the social changes in 1989. He has made over 170 films to date (e.g. Labyrinth of the World and Paradise of the Heart, Soul of the East, Sarvamangalam, A Drop from the Cup of Immortality, In the Circle of Rebirth, Maestra Ayahuasca, Gate of Death, The Dalai Lama in the Footsteps of the Buddha, Out of the Darkness of the Soul… Light, Mirror of Darkness, The Story of Tantra). Many of them have been awarded at festivals both in the Czech Republic and abroad.